The Theoretical Foundations Of the Animas Coaching Course 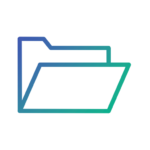 About Animas Centre for Coaching

About the Accredited Diploma in Transformative Coaching

The Theoretical Foundations Of the Animas Coaching Course

The Accredited Diploma in Transformative Coaching is based on integrative practice which means that rather than focusing on a one-model-fits-all approach, we encourage students to explore and draw from a wide range of theoretical and practical frameworks as they develop their unique style.

The programme itself, whilst inclusive of what students bring to their practice, draws clearly from some of the most significant and influential schools of psychology that provide a firm bedrock for transformative coaching.

In the explanations below, we set out some of our core theory, but the real art of coaching is turning dry theory to living, vibrant practice.

There are seven key theoretical frameworks that are explicitly explored on the Diploma though we often allude to others as conversations unfold in the training room or supervision spaces.

At the heart of the Accredited Diploma in Transformative Coaching lies the transformative learning theory of Jack Mezirow. Mezirow suggested that all learning can be either instrumental (a means to an end) or transformative. In the transformative approach to learning, the focus is less on the end itself (the newly acquired skill) but rather on the emergent change brought about by an exploration of the individual’s assumptions and model of the world. The essential theory describes how as humans we build a mental model of the world that serves us to live life, but which often contains the seeds of our own challenges. By exploring this mental model, we loosen up the framework through which we experience the world and open up new possibilities for thought, feeling and action.

Whilst transformative learning theory provides a foundation to the concept of personal paradigm change, humanistic psychology provides the heart of how we work.

Humanistic theory and practice developed through the work of Carl Rogers, father of counselling. The central notion of person-centred work is the inherent capacity for an individual to flourish and self-actualise, within the right conditions. For Rogers, and for coaching, these conditions were ones of relationship, allowing the client to be heard, seen and felt without judgement but with empathy and positivity. Person-centred work and the development of the qualities and practices that nurture these conditions are the bedrock of transformative coaching.

Solution-focused theory brings a particular focus to transformative, person-centred conversations – namely that of drawing upon existing strengths, exploring what’s already working and identifying how the client might move forward to resolve of a challenge. In traditional coaching, this has often been the majority of the work but in transformative coaching, it is but one aspect of a wider journey to explore the client’s underlying experience of their world and life. Nevertheless, it is an important focus for clients, particularly where they have been stuck for some time and would benefit from quick wins, progress or positive outcomes in the short term.

Like solution-focused coaching, cognitive-behavioural theory shines a light on one particular (though rather huge) dimension of the client’s current lived experience; namely the connection between their thinking patterns, emotional responses and behaviours. The essence of cognitive-behavioural theory is that it is our thinking which dictates our behaviours and thus if we can interrupt and change the thinking, we can change the feeling, behaviours and outcomes that follow.

It has long been accepted that the relationship between the practitioner and client is a key element in the success of any coaching or therapeutic practice. Relational coaching goes one step further by more consciously using the nature and quality of the coaching relationship as it shows up in the space. For instance, the coach might draw upon their own feelings in the coaching to explore what this might be saying about the client’s own experience, aspirations, dilemma, etc.

This practice has been a part of many therapeutic approaches including the existential, in which the therapist is an intrinsic part of the space created, rather than an objective observer. Relational theory could be said to be most fully realised in Gestalt practices which itself has contributed to the coaching field.

We have seen how solution-focus and cognitive-behavioural theories explore specific elements of the client’s journey. Transactional analysis can be seen to do this too, though its scope is larger, and enables a client to come to a deeper understanding of their patterns. Originally conceived by Eric Berne, transactional analysis is now a very well developed psychological theory used in many contexts – personal and organisational. At its heart lies the concept that our responses to the world are predicated on ego states, based on the internalisation of parents (or similar authority figures), our own child-like state, and our rational mind. Transactional analysis offers a theory that takes the whole person into account, and offers insight into how an individual shows up in different parts of life and creates the outcomes they do. In this sense, it presents a system for transformative inquiry rather than being solely an approach to change.

The final key framework explored in the Diploma in Transformational Coaching comes from the work of more recent theorists working in the field of narrative psychology and narrative therapy and coaching. In this strand, the focus is on how a client’s story may reveal their underlying sense of how the world works and their part in it – or as we describe it, their existential paradigm. Based on the notion of social constructionism, the essence of narrative work is that the story can be changed – that it is a meaning-making process to make sense of life and that it can be changed through conversation and exploration.

As mentioned at the start of this article, the Accredited Diploma in Transformative Coaching is integrative, meaning it is not a closed-system based on a finite number of approaches. The key frameworks we choose to introduce students to are not exhaustive; nor do we stick rigidly to these approaches. We aim to present a consistent and clear curriculum to build confidence and competence, yet remain flexible to the group we are currently working with. We might touch upon other ideas, such as a body-based approach from somatic coaching, a philosophical approach such as existential coaching, or a psychological concept such as positive psychology.

We also ensure that in exploring theories, techniques and models, we never lose the most valuable of a collaborative, non-advisory, non-judgemental practice.

Ultimately, the coach that emerges from Animas will find their own unique blend and approach to coaching that draws up on a variety of concepts, practices and models.