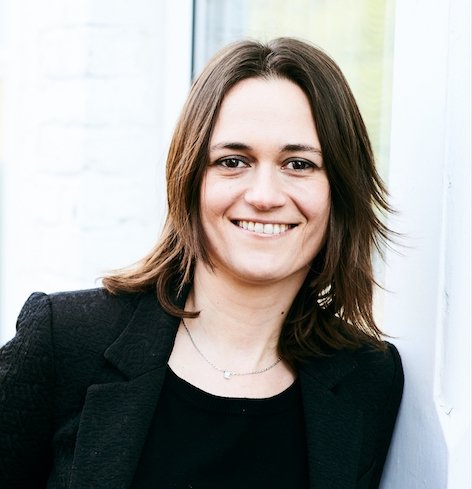 Following her studies in international trade and working for an import/export company, Laure realised this was not meant for her. She longed for some adventure and new experiences so she moved to London where she put to good use her multilingual skills and qualified as a Spanish teacher for adults landing her some jobs teaching both French and Spanish to families, both children and adults, which she enjoyed but still felt something was missing.

Laure had always been appealed by personal development and as she was at a point in her life where she was working with a therapist this sparked her interest even more.

Back in 2013, over the period of three days she seemed to be getting some nudges from the universe. Coaching appeared into a conversation with a family member, the next day she read an article in a magazine about coaching which got her attention, the “coup de grace” came as she was sitting on the tube, a man across the wagon was reading the “Metro” in which front page was an advertisement about a coaching school… Animas!

This felt to her like a clear message so she signed up for the introductory event and the Animas journey began.

Laure discovered her true passion at the end of 2015 when she started doing some ad Hoc mentoring for Animas coaches in training. Since then she has been developing as a mentor and supervisor having created her own mentoring program for private clients.

With more than 1000 hours of a mix of one to one and group mentoring under her belt, she has developed a great sense of observation which is key to mentoring. She has an ease to create a safe and non-judgmental space to support coaches in training to learn and reflect on their coaching skills and most importantly having fun doing so.

Whether in coaching, mentoring or supervision Laure brings a very natural balance between professionalism and fun to her session. She quite likes including a touch of humour in her sessions, which she considers being one of her strengths.

Laure is currently based in Southern Spain where she enjoys life under the warm Spain and walks on the beach with Harvey, her french bulldog named after the character of a TV Show.

Laure is also trained in Group Coaching, Relationship Coaching, Existential Coaching, Health & Wellbeing Coaching; Somatic Coaching and NLP. This gives her a great mix of skills to apply to her practice.