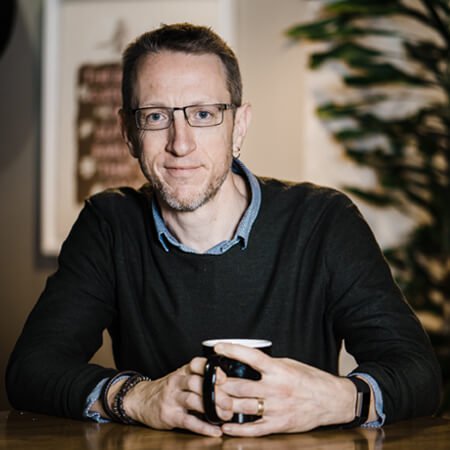 Nick Thorpe is an award-winning writer, speaker, coach & Animas trainer. A prolific journalist for more than 20 years, he is the author of three books of travel/self-discovery ranging from an expedition to Easter Island by experimental reed raft – Eight Men and a Duck – to his boat-hitching odyssey Adrift in Caledonia, later serialised as BBC Radio 4’s Book of the Week. His most recent book, Urban Worrier, tracks his adventures in the “lost art of letting go”, while in recent talks for TEDx and Third Sector he has focused on involved fatherhood, meaningful risk and gender equality.

An experienced, ICF-certified coach, with his own practice, Nick leans towards the person-centred, existential realms of coaching, offering clients the opportunity to examine and modify stories that no longer serve them, with particular experience in mid-life transition, men’s development, spiritual searching, parenting and adoption, career transition, writing and creative process.

Nick particularly relishes the growth and liberation that comes when men risk emotional connection, enhancing our relationships to the women and children in our lives and to this end, works part time as Head of Communications for Fathers Network Scotland, a charity offering support to organisations which help resource men for positive fatherhood. In 2016, he also helped spearhead the award-winning Year of the Dad with the Scottish Government.

Nick empowers and equips others to coach clients within the ethical framework necessary for real & lasting change. Bringing the same spirit of openness and adventure to the training room as his earlier journalistic and seafaring exploits, and particularly loves the two modules that he teaches – Presence and Transactions – as they draw on long-held beliefs about the way we grow best as humans.

As in Transactions, Nick believes that the different parts of us must be befriended and brought into playful adult conversation, and loves the concept of using the power of strong narratives to spread ideas and change lives.