have we been seduced by the myth of omnipotence? 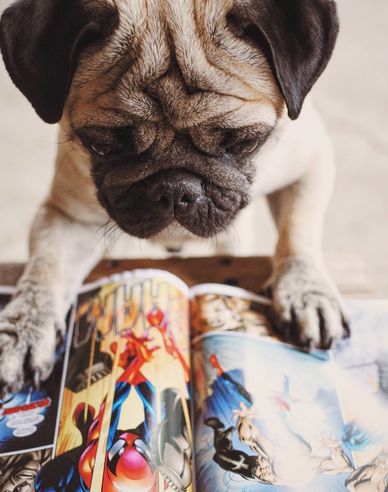 “If you can dream it, you can do it!” runs the famous Walt Disney quote. But is this really true? Is it helpful? And what is it doing to your coaching?

Yes, ‘personal development fascism’ is probably an unhelpful label. However, to my mind, the prevalent notion of personal power over our contextual reality and our interdependency can create a sense of existential guilt and failure.

Why am I not good enough? How can I let him or her make me feel that way? How come I can’t achieve my goals? Why can’t I let the past be the past and focus on the future? It’s all in my head, after all! What’s wrong with me that I keep repeating my behaviours?

There’s a particular myth that has built up around the individual’s capacity to have, do and be anything and everything they want. This myth seems to me to be prevalent in the personal development world; as such, it sometimes informs the thinking of those who become life coaches.

As I think about this, I am reminded of the existentialist concept that authenticity is about facing life as it really is, rather than living under an illusion. I can’t speak to the actual truth of whether a person can have, do and be everything they want, but the idea seems to me, at first blush, to be a Sartrean ‘bad faith’ attempt to deal with our fundamental limitations as human beings, or what Heidegger calls our ‘thrownness’ – randomly, out-of-our-control being thrown into the context in which we must live our lives, consisting of the time, the country, the family, the body, the gender, the brains etc. that we didn’t choose.

There is nothing intrinsically problematic about allowing ourselves the time, space and openness to explore our possibilities. The problem, it seems to me, comes from how we attach ourselves to the myth as though it were true.

Such attachment, either as coach or coachee, plays out in small but significant ways.

I was coaching someone recently who has had quite a big change in her life, and I asked, “Given what’s happened in the last two months for you, is what you are pursuing still right for you?” She said it was a real relief to be asked that, and to be almost given permission to acknowledge and respond to the new realities of her life. Everyone else had been telling her, “Go for it, don’t let it stop you, you can do it!” All well-meaning, possibly even true, but how helpful is it in allowing the person to see what they were really able to commit to in that moment?

It seems to me that much of coaching is about how people deal with uncertainty. Uncertainty of meaning, uncertainty of the future, uncertainty of consequences. How settling, then, to think we are omnipotent. How reassuring, how comforting… how certain.

The myth of omnipotence is the myth that, ultimately, it’s all in our control – that we are all powerful shapers of our lives. But seriously… are we?

How about, as coaches, we let the real human emerge into the world as it really is. A world in which we are vulnerable, connected, in need of support, and reliant on others. A world in which our very self has been shaped at a time that we didn’t have the power to control it. And a world in which this shaping presses on us to a greater or lesser extent throughout our lives.

Perhaps it’s true that anything is possible. However, by holding it as an existential belief we potentially set ourselves and our clients on a path of guilt and inadequacy in relation to their potential.

Lighten the load on yourself and your clients by allowing the light in through the cracks.

Making A Difference: Transformational Coaching and its Potential for Impact

“Never doubt that a small group of thoughtful, committed citizens can change the world; indeed, it's the only thing that ever has.” Margaret Mead As human beings, conversations are an integral part of our daily routines. Through our conversations, new possibilities and experiences are discovered, and the impact of that…

In this lecture, existential coach (MA), positive psychologist (MSc) and Animas graduate Yannick Jacob explores what it takes to live a happier and more fulfilled life and what positive psychological science may contribute to the process. He also looks at how we as coaches may deal with clients who are…

Robert Stephenson sat down with Lilian Flynn to talk about some of the amazing experiences and projects she has been involved with since completing her Animas Diploma in Transformational Coaching a year ago. Lilian talks about: Getting client referrals, setting up her own company, youth coaching in schools, developing emotional…