Cleaning Up My Coaching: Using Clean Language to Unpick Metaphors

Imagine you’re travelling through a familiar landscape – one that is similar to so many others you’ve been in. So much so that you don’t pay that much attention. You travel on “auto-pilot”. Same kind of rocks, same kind of trees etc that you’re expecting to see.

Then imagine that some element of that landscape attracts your attention and you look closer, and closer still, and suddenly you realise that there is a whole world there that you had no awareness of. Like Alice going down the rabbit hole or through the looking glass, you discover new ideas, information, perspectives, new worlds of symbols and information where things make a different kind of sense. It’s kind of magical!

Metaphors and symbols are containers of huge amounts of information. Most of the time we don’t even notice them, we are so familiar with using them to describe our experiences and to get a sense of something across. In this context I’m using the word metaphor to mean a word or phrase or symbol that’s used to represent something else.

A seemingly obvious example might be “coming up against a brick wall”. You might notice the “brick wall” as the metaphor. But actually, there are other metaphors there too. “Coming”, “up” and “against” are also metaphors (unless the client is in fact literally doing these things).

I’ve been interested in metaphors and the secret information contained in them for a number of years now. I’ve used imagery and also my own tendency to think and make sense of things using metaphors, and have naturally offered these to my clients to help generate new awareness and perspectives. And while often useful, I was also aware that these metaphors were coming from my paradigm and my way of looking at the world and could often really influence the client to look at things in particular ways.

When I first started coaching with images I noticed and was fascinated by the way that people can connect with an image and have it mean something completely unique to them.  The image does not have any set meaning on its own.

There is no meaning except the meaning we make.

Now, as well as being a shortcut to an existential crisis, this concept is also amazingly freeing and, for me, creates huge curiosity about how people make their meaning.

Since I started training in Clean Coaching at the beginning of 2019, the biggest thing that’s landed with me is that, by the time someone comes to coaching, the solution to the problem does not lie within the field of the problem-thinking. If it did, they would have figured it out already. David Grove, the creator of Clean Language and co-creator of the Clean Coaching approaches, said that if you have an “egg” type problem, you are unlikely to solve it with “egg” type thinking. You need to access “chicken” type thinking to solve an “egg” type problem. Hmmm – Ok Dave!

My own experience and observation of many of my clients is that we often try to solve all our problems using our conscious, cognitive, thinking. But if the information that contains the solution is not there in our conscious, cognitive thinking, we get stuck and just keep right on “over-thinking” or trying to “think” our way out of our stuckness. It’s like having a smartphone but only using one app to try to do everything! 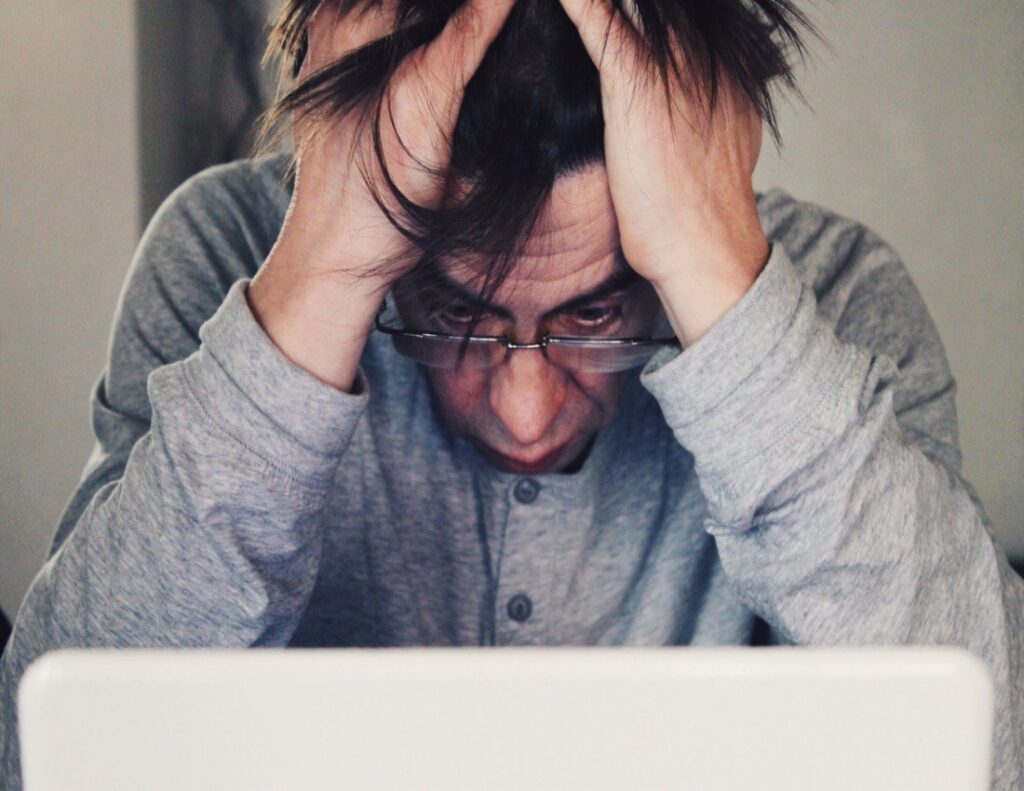 Now I’ve been exploring various approaches to help my clients move beyond their conscious, cognitive thinking and access the other “wisdom” and “resources” that are there for the last few years, and I’m constantly amazed at the knowing and internal wisdom a client can access when the right conditions are created. When I saw an online course offered by the Association for Coaching to learn more about Clean Coaching, I decided to enrol. And like Alice Through the Looking Glass, a whole new world opened up for me! I’ve since gone on to do an in-depth 12 month course to deepen my experience and understanding and I’m so inspired by what I’m learning and experiencing with my clients that I’m really keen to develop some training in Clean Coaching that I can offer through Animas – so keep an eye out for that!

So what is Clean Coaching?

David Grove was a Counselling Psychologist who created Clean Language as a method for avoiding “facilitator bias” and for working with metaphors generated by the client. He later went on to develop an approach called Emergent Knowledge, a set of approaches and processes that harness the physical space and environment around the client as a resource, as well as using movement, drawings and objects.

Clean Coaching was born out of these two approaches when Carol Wilson, Penny Tompkins and James Lawley, collaborated with Grove to adapt his approaches for use in coaching. Clean Coaching is a set of approaches that invite the client to pay attention to perspectives they have not previously considered or been aware of, it also uses specifically worded questions and reflections that strip away the coach’s bias and reveals the client’s perspective, sense-making, resources and creativity.

To the listener or observer, the approaches can seem repetitive – interestingly the client does not tend to experience it in the same way. For them it is iterative, and it works so well because our brains work in an iterative way, spiralling round and each time picking up new information, so that the next cycle always builds on the last (interestingly sites like Google and Facebook also use iterative processes to get better and better at targeting their marketing to an individual).

If we consider our client to be creative, resourceful and whole, then Clean Coaching is a powerful way to facilitate them to access their resources and harness their natural creativity to make new connections outside their current paradigm or way of looking at the world. 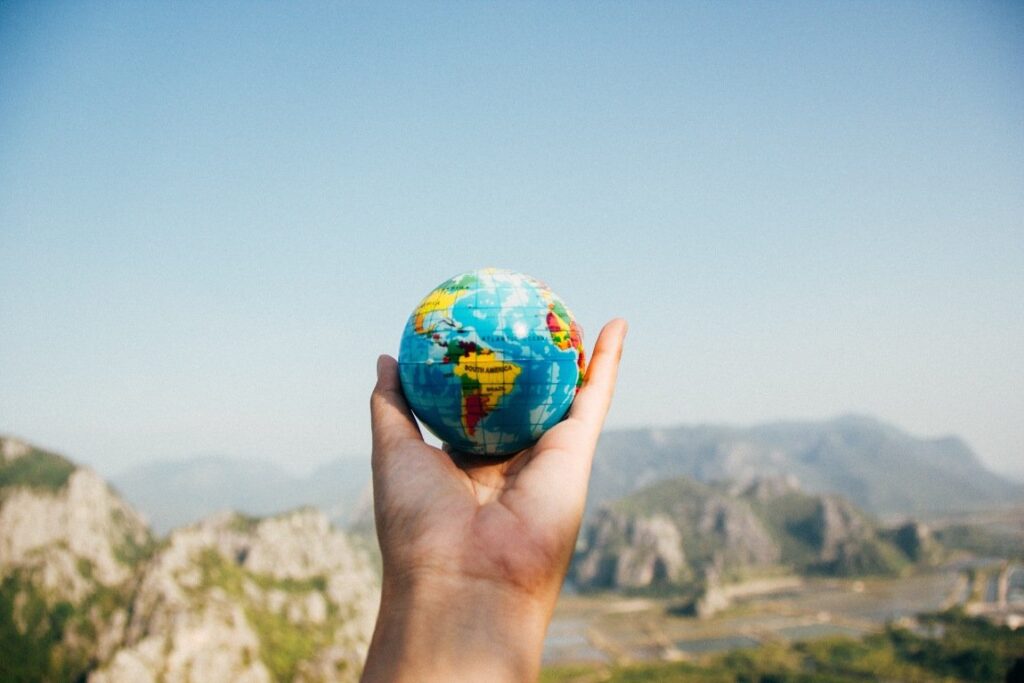 I’ve found it to be a very effective way to “open up” and “loosen up” the client’s model of the world and really work with the client’s own resources without polluting or influencing them with my own perspectives.  Unlike many coaching approaches it is not about the “content” of the client’s problem or goal. It’s about their systems of making sense and meaning. It’s about exploring and “loosening up” those systems until shifts and changes take place and then looking at what actions are required.

The approaches and processes felt clunky and unfamiliar at first. In fact, they felt really restrictive, preventing me from asking the questions I would normally ask and definitely preventing me from summarising and paraphrasing what the client was saying. I had considered this to be one of my big strengths as a coach and now it wasn’t allowed!! In Clean Coaching we work with the exact language the client uses, so my abilities to recall and repeat exact words and phrases was also tested. (If I’m honest, one of the reasons I paraphrase is because I am rubbish at remembering the client’s exact words!) But as I stayed with it and kept practicing, I’ve become more competent and have realised how powerfully freeing it can be for both client and coach.

As I’ve practiced the techniques, I’ve had my clients writing, drawing, moving around the room (and sometimes the whole building and outside), sticking things on walls, choosing objects, considering whether feelings have a size or shape and where they are located, and really connecting with their inner and outer symbolic landscapes. I’ve had some of the most weird and wonderful dialogues, and when I’ve been practicing with the other coaches on the course, I’ve experienced some amazing and powerful insights and shifts (as well as created some crazy drawings!).

Some of the techniques make use of the physical space around the client and I was excited to learn about the metaphors that our environment contains. Where we are affects what we know – that’s why we can go into a new space and forget why we went in there. When we go back to the previous space, we remember.

An amazing experiment was conducted to demonstrate this, with scuba divers being taught a new language while underwater. They were then tested on their recall above the water as well as underwater – and their ability to recall the new language was significantly better in the same environment where they learned it! Amazing! But also, it feels very true to me.

The approaches invite and encourage the client to come out of their conscious, cognitive way of thinking and sense-making, and access something else that feels slower, dreamier, almost hypnotic, like a daydream or visualisation. To let go of conscious thinking and to trust and go with whatever emerges: images, symbols, messages, knowledge, words, ideas – I’ve had some of the weirdest and most wonderful sessions!

To begin with I used bits of Clean Coaching, here and there during my sessions and with some client’s I still do that. However, I’m now using Clean Coaching for whole sessions and for series of sessions and can use it to generate clarity around outcomes, explore symbols, metaphors, systems, boundaries and parts of the “self”, emerge knowledge, identify actions and create action plans.

So why do I love it?  The main reason is the magical way that change happens spontaneously as the client’s sense-making system adapts to accommodate new information.

I love that it offers clear and structured ways to work outside of the “problem thinking” while at the same time involving a lot of intuition and creativity. It offers fascinating insights into people’s paradigms and sense-making systems and patterns. It’s refreshingly different and feels creative. It’s also opened up my awareness of systems thinking, the application of the six degrees of separation and new ways of working with “parts” of the self.

Finally, it’s really inspired me, so that, even if I’m not technically using Clean Coaching, I’m inspired by those approaches to ask questions I would never have thought to ask before.

I guess, like Alice, I’ve accepted the invitation to step through the looking glass and outside of my previous coaching paradigm. 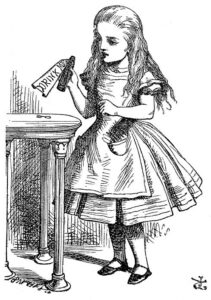 Find out more and book a spot on the upcoming Accredited Certificate in an Introduction to Clean Coaching now by clicking below.
Book a spot

Bronwyn is one of our fantastic coach trainers. She trains the Cognition, Transaction, Presence and Paradigms modules on the Diploma in Transformational Coaching.

Making A Difference: Transformational Coaching and its Potential for Impact

“Never doubt that a small group of thoughtful, committed citizens can change the world; indeed, it's the only thing that ever has.” Margaret Mead As human beings, conversations are an integral part of our daily routines. Through our conversations, new possibilities and experiences are discovered, and the impact of that…

In this lecture, existential coach (MA), positive psychologist (MSc) and Animas graduate Yannick Jacob explores what it takes to live a happier and more fulfilled life and what positive psychological science may contribute to the process. He also looks at how we as coaches may deal with clients who are…

Robert Stephenson sat down with Lilian Flynn to talk about some of the amazing experiences and projects she has been involved with since completing her Animas Diploma in Transformational Coaching a year ago. Lilian talks about: Getting client referrals, setting up her own company, youth coaching in schools, developing emotional…